The Guild supports top of the league Wealdstone

Continuing The Guild’s proud record of supporting the local community by sponsoring National League South team Wealdstone, we were pleased to be match sponsor for their recent clash with Oxford City. The game ended 1-0, with Wealdstone clinching victory with a late goal from Captain Michee Efete.

From the kick off, the game was lively with Wealdstone having an early chance to take the lead and coming close on a couple of occasions. As the first half drew to a close, Oxford won a free-kick in a dangerous position, which was forced over the bar by a world-class save from the Wealdstone goalkeeper. Throughout the game, Wealdstone always seemed to be in control but couldn’t quite find the final touch. That was until a superb corner from Wealdstone’s Danny Green was met by a towering header from Michee Efete, sending the 1,000 plus Wealdstone fans wild and securing the three points.

Oxford City were a tough opponent who, on another day, would have secured a point. However, the hard work from and team spirit on display form Wealdstone got them over the line and sent them 6 points clear in the National League South after 10 games.

After the Match, The Guild got the chance to speak with Wealdstone manager Dean Brennan who talked us through his average week as a non-league manager. It was clear that the hard work, long miles and focused training has been a big reason for Wealdstone’s early season success.

The Guild was responsible for awarding the Man of the Match award and this was given to Wealdstone goalkeeper Aston Oxborough who, despite a quiet afternoon, made a game-changing save and commanded the box throughout. A special mention is also due to the Wealdstone centre halves, who controlled the game and kept the team solid throughout. 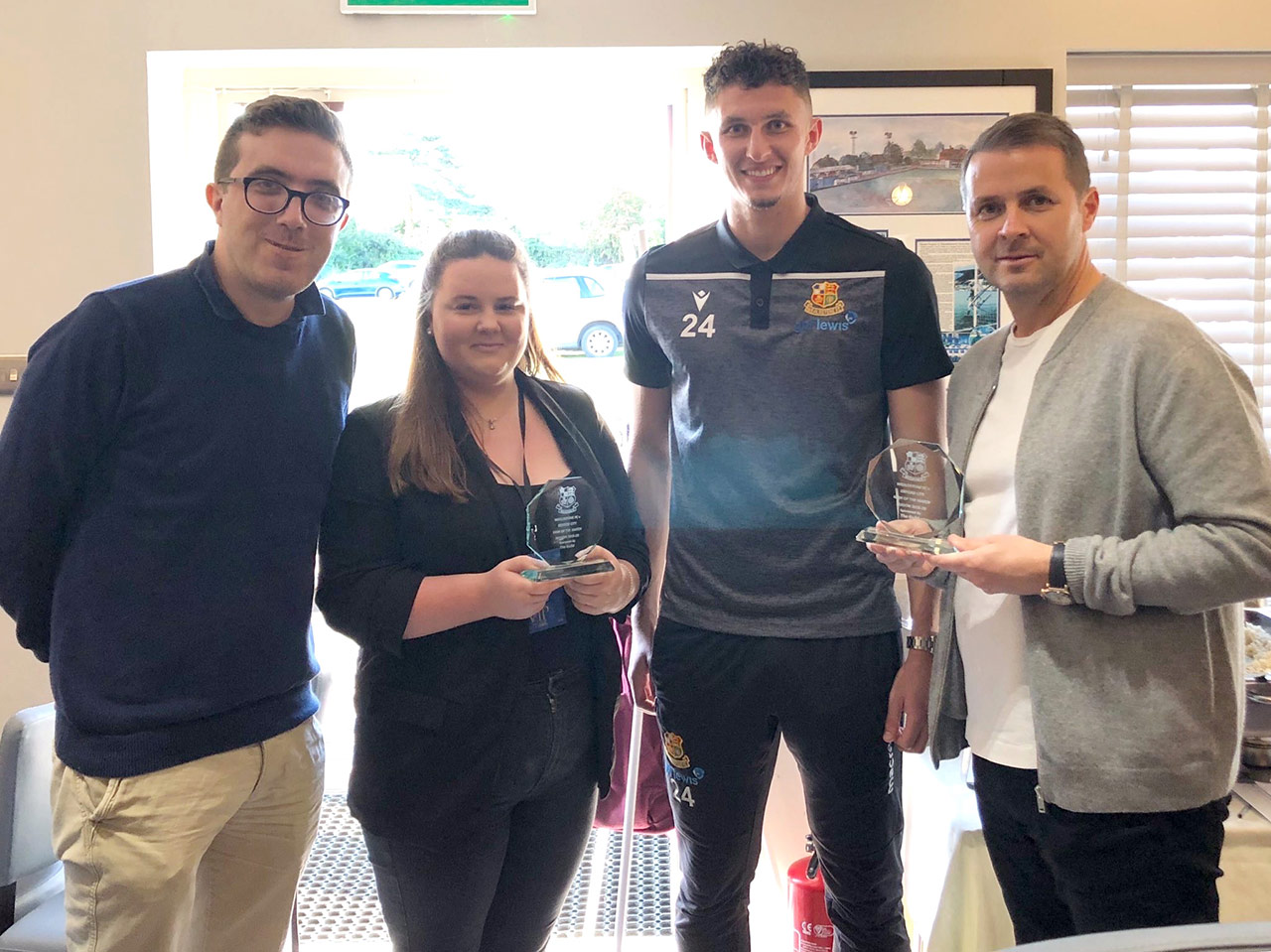 Lea Thomas from The Guild, said, “It was fantastic to see over 1,000 people supporting our local non-league team. The young goalkeeper on loan from Norwich made a superb save to keep Wealdstone in the game and the defenders put in excellent performance to keep the clean sheet. It was a great experience and I will definitely be making a visit again this season in the hope that Wealdstone secure promotion to the National League.”

Wealdstone Club President, Paul Rumens said, “The Guild have been Wealdstone football team’s sponsors for five years now and they always get fully behind the team with many of their staff supporting the local community club through the season. We are a club with great ambitions but need support to help achieve them. So another huge thank you for all you’ve done.”

Request Callback
Fill out the form below and one of our friendly staff will be in touch with you shortly.
The Guild, Fifth Floor,
79 College Road, Harrow, HA1 1BD

This website uses cookies to improve your experience while you navigate through the website. Out of these cookies, the cookies that are categorized as necessary are stored on your browser as they are essential for the working of basic functionalities of the website. We also use third-party cookies that help us analyze and understand how you use this website. These cookies will be stored in your browser only with your consent. You also have the option to opt-out of these cookies. But opting out of some of these cookies may have an effect on your browsing experience.
Necessary Always Enabled
Necessary cookies are absolutely essential for the website to function properly. This category only includes cookies that ensures basic functionalities and security features of the website. These cookies do not store any personal information.
Performance
Cookies which collect information about how visitors access and use a website, including which pages are most (or least) popular, and the pages clicked through to reach them. These are also known as ‘statistics cookies’.

They can be used to restrict the number of times you will see a particular advert (although we do not host third party advertising on our website), or to draw your attention to other website content that may be of interest to you (‘related article’ links, for example).

They are also commonly used to enable social media components of a website.
SAVE & ACCEPT